In December 2014, Dr. Goulda Downer was overwhelmingly elected as the first woman to lead the Caribbean-American Political Action Committee (C-PAC) as its President. She serves as the organization’s third President since its founding in November of 2005.

A one of its kind organization in the US, C-PAC was formed to advance the political agenda of Caribbean-Americans currently residing in the Washington DC Metropolitan Area, (Washington DC, Maryland and Northern Virginia). C-PAC’s overarching mission is to be the political voice of the Metropolitan area’s vibrant and growing Caribbean-American community. To that end, C-PAC will endorse and support candidates for public office in the Metropolitan area who articulate policy positions that will strengthen the economic, educational, social, and cultural conditions of individuals of Caribbean heritage residing in the Washington DC metropolitan area. C-PAC will also seek to foster greater relationships between the U.S. Federal, State and Local governments and the nations of the Caribbean.

“We could not have elected a better Chair. Dr. Downer has served in several leadership positions within CPAC,” said Denys Vaughn Cook, former Vice-Chair who, together with Chris Gardiner and Elizabeth Stanley founded C-PAC in 2005. “As Advisory Board Chair and Vice Chair for Communications she has provided invaluable leadership, is dynamic in her ability to network and has the organization’s best interest at heart.”

“We are grateful to Ambassador Curtis Ward for his service to C-PAC over the past year. And we are confident that Dr. Downer will initiate innovative ideas and programs that will ensure the growth and longevity of C-PAC,” said Chris Gardiner, inaugural C-PAC Chair. Ward, the former Jamaican Ambassador to the UN, and a founding member of C-PAC was tapped to lead the organization following the voluntary resignation of Chris Gardiner in 2013. Mr. Gardiner had served as chair for the eight years following C-PAC’s founding.

Dr. Downer’s dedication and vision will help build C-PAC into a strong political voice for Caribbean Nationals within the DC, Maryland and Virginia Regions. The outgoing Board is very enthusiastic about where this organization is and where it will go in the years ahead. Under her leadership C-PAC will continue to build the political voice for our organization,” Vaughn-Cook Continued.

“I am honored to take over the helm of this organization,” Dr. Downer said. “C-PAC is in a strong position with a high-performing Board of Directors and a bold agenda. We will work to expand our membership base, strengthen our policy reputation and maintain the organization’s strong financial stability as we continue to be a powerful force in our region.” The current Executive Board consists of Vice Chair- Dr. John George (Grenada); Secretary -Yvonne Estime, Esq. (Haiti); Vice Chair Membership -Luigi LeBlanc (Haiti); Treasurer -Roy Layne (Grenada) and Vice Chair for Communication -Deshawna Bernard (Trinidad & Tobago).

Since its inception, CPAC has endorsed and financially supported the successful candidacy of Washington, DC’s Mayors Fenty, Gray and Bowser, along with other high-ranking regional political candidates, including Shirley Nathan-Pulliam, Rushan Baker and Ike Leggett of Maryland. 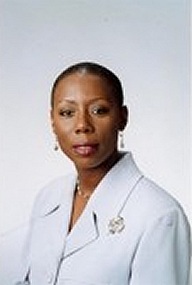