C-PAC Historical Video
Press Release
February 10, 2016
Take a walk down memory lane with us! Learn about the formation of C-PAC in this video! Special thank you to DoubleBack Productions for capturing and preserving our story. Read More

Your Opinion Matters
Press Release
November 27, 2015
“The Caribbean Political Action Committee (C-PAC) is a regional PAC, however, we are providing this piece for educational purposes only.” The 2016 U.S. Presidential Elections: What Caribbean American Voters Need to Know. By: Melissa Noel. Read More 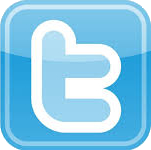